Impact on travel to the UK and to Europe 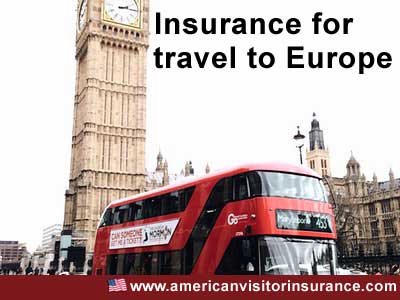 Americans continue to travel around the world in very large numbers. Despite recent acts of terrorism in different parts of the world and increasing violence in tourist spots, people enjoy traveling overseas. Thanks to the internet, and ease of buying airline tickets and hotel reservations, savvy travellers even change their travel plans on short notice based on sudden changes and varying exchange rates. Currently thanks to Brexit and more recently the US election results, the US Dollar has gained in strength against most currencies.

Here are some of the ways that the e Brexit vote could make a difference in your travels:

Irrespective of having cheap airfare deals to Europe and enjoying beneficial exchange rates while traveling places in Europe, it is always important to make sure that we have sufficient travel health insurance coverage while traveling overseas. The US domestic insurance and Medicare has little to no coverage outside US border, it is therefore imperative to have adequate travel health insurance. Many private US insurance companies provide Europe travel insurance catering to the health and travel of visitors to Schengen countries. American Visitor Insurance offers popular and comprehensive Schengen health insurance plans that will make your trip to Europe and the UK more enjoyable so that you feel safe and secure with insurance coverage. The insurance features section guides you through the important insurance factors and helps you make an informed decision. It shows the various quote facilities where you can get instant quote for your criteria and is a resource to view all the plans available and differences between them. The 24/7 customer support is available at 877-340-7910 and email at contact us form.

Seven Corners offers Liaison Travel Plus Insurance with coverage for Covid19 sickness. It satisfies Schengen visa requirements with $0 deductible
Buy online
Available for both US citizens and non US Citizens traveling to Europe up to 65 years.
Buy online

Patriot International Insurance from International Medical Group (IMG) offers coverage for COVID-19/SARS-CoV-2 as any other Illness or Injury.
Buy online
Coverage for travelers traveling outside their home country whose destination excludes the U.S. and its territories.
Buy online 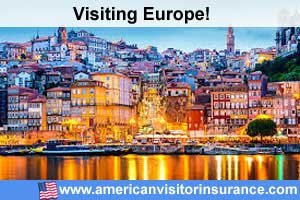 Porto is exceptional in more ways than one and the "Cidade Invicta" (unvanquished city) is history, is architecture, culture, gastronomy, trade, encounters and discoveries, will seduce you. 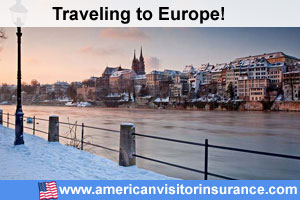 Basel is situated in the heart of Europe. A combination of authentic Swiss quality and a multicultural population make this city unmistakably cosmopolitan and innovative. 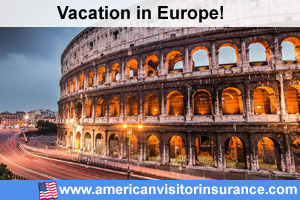 Roma is a can't-miss spot on your trip to Europe. The aroma of fresh Italian cooking wafts through alleys, and historical sites sit at every turn. 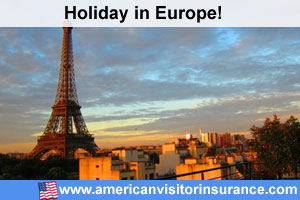 Paris, France's capital, is a major European city and a global center for art, fashion, gastronomy and culture. The city is known for its cafe culture and designer boutiques along the Rue du Faubourg Saint-Honoré.

Important factors while deciding on the best travel insurance to Europe.

Europe travel insurance online claims process for getting medical care in a hospital.

Welcome to American Visitor Insurance  - Online Chat
We are sorry, but all our agents are currently offline. Please leave a message and we will get back to you promptly.